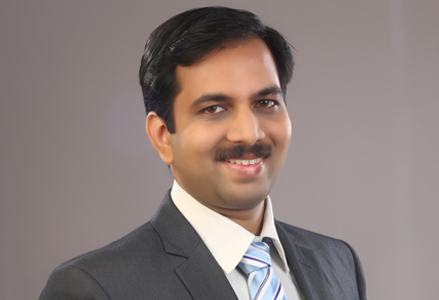 Dr Abhay Anand completed his MBBS(2002), MS in General Surgery(2007), DNB in General Surgery (2007) and MCh in Urology (2011) from Government Medical College, Calicut. He obtained Membership of The Royal College of Surgeons of Edinburgh, UK in 2011. He completed Fellowship in Laparoscopic Urology from Lakeshore/PVS Hospitals, Kochi ( Affiliated to Aesculap Academy, Germany) in 2016. Post MCh, he worked as Consultant Urologist and Andrologist at Malabar Hospitals & Urology Centre, Calicut. Prior to joining Aster MIMS in 2014, he was employed as Assistant Professor in the Department of Urology, Pariyaram Medical College, Kannur. His areas of interest are basic and advanced Laparoscopic Urology Procedures, Laser Urology procedures, Urooncology and Renal transplant. Dr Abhay hails from Calicut. 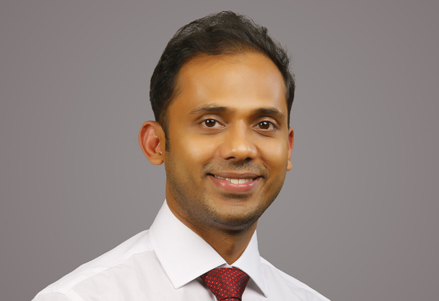 Dr Surdas R serves as Consultant in the Department of Urology. He is specialized in Endourology and Uro-oncology. He has completed his MBBS from Thrissur Medical College, MS in General Surgery from Government Medical College, Goa and MCh in Urology from Sanjay Gandhi Post Graduate Institute of Medical Science, Lucknow. Prior to joining Aster MIMS, Dr Surdas was working as Consultant in Daya Hospital, Thrissur. 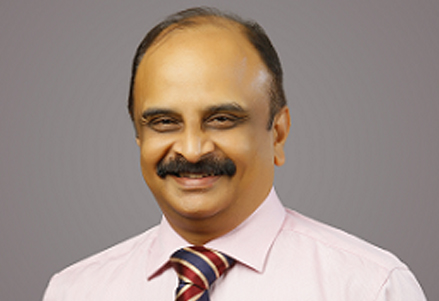 Dr Ravikumar Karunakaran serves as HOD and Senior Consultant in the Department of Urology. His areas of interest are Endourology and Uro-oncology. Being an eminent urologist and transplant surgeon, he has extensive experience in the field and has done over 350 successful transplants till time. 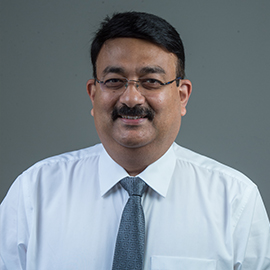 Dr. Prashanth Marla is a pioneer in the field of Urology. He is one of the well-known and most preferred urologists. The doctor is known to be highly qualified and gained degree from a reputed educational institute. He provides diagnosis and treatment for diseases of the urinary tract including- urologic cancers, male sexual dysfunction, urinary incontinence, pelvic pain, urinary stone disease, male infertility, and prostate disease. Dr. Prashanth has a kind hearted and jovial personality, he builds a friendly bond with his patients and this helps him to reach to the root cause of the problem and hence he is able to solve that with ease. He offers a host of treatments that cater to the various ailments faced by their male and female patients. 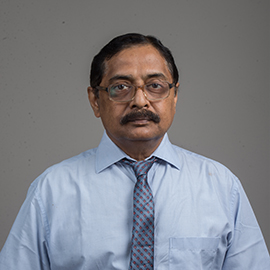 Dr. Sunil P Shenoy (A J Hospital And Research Centre) in Kuntikana is one of the well-known and most preferred urologists in Mangalore. The doctor is known to be highly qualified and gained degree from a reputed educational institute. He offers a host of treatments that cater to the various ailments faced by their male and female patients. Few of the ailments treated here are Urinary Tract Infections (UTI), Incontinence, Male Infertility, Kidney Diseases, Renal Transplantation, Bladder Prolapse, Interstitial Cystitis Or Painful Bladder Syndrome, Kidney and Ureteral Stones, Urethral Stricture and Paediatric Urological Disorders to name a few. This doctor is also listed under the Urologist Doctors categories. 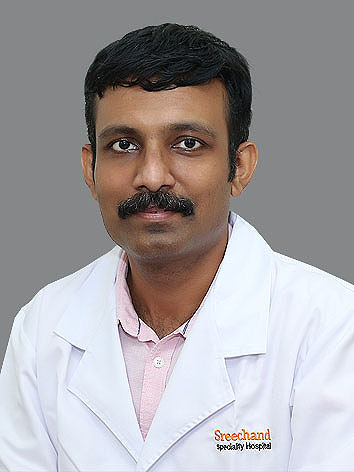 Dr.Sooraj Vijayan is a consultant urologist with a special interest in endo urologic surgeries with more than 15 years of experience. He obtained his basic medical degree from MBBS - calicut medical college (kerala), master from kottayam medical college (general surgery) and advanced urology training from MCH (urology) - trichur medical college. He has been very successful and compassionate in his treating his patients for the last decade. 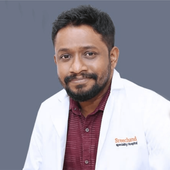 Dr. amit chandra is a senior urologist serving in sreechand hospital, kannur with over 10 years of experience in the department. He offers a host of treatments that cater to the various ailments faced by their male and female patients. A few of the ailments treated here are urinary tract infections (UTI), incontinence, male infertility, kidney diseases, renal transplantation, bladder prolapse, interstitial cystitis or painful bladder syndrome, kidney and ureteral stones, urethral stricture and paediatric urological disorders to name a few 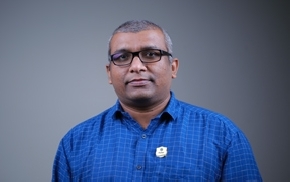 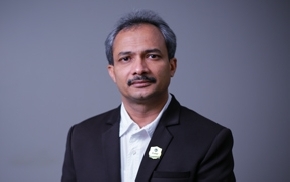 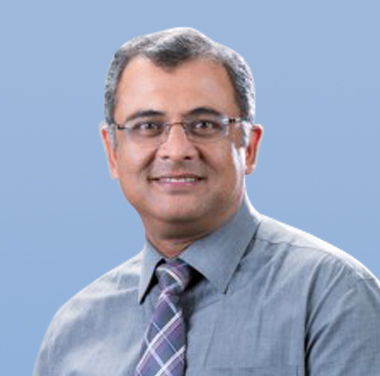 He completed his MBBS and MS from JIPMER, Pondicherry in the year 1991, receiving the best all round graduate and B.S Sen gold medals. He trained for his M.Ch in Urology at the prestigious Christian Medical College, Vellore where coincidentally the first post graduate course in Urology in India was started by his father, the legendary Dr. H.S Bhat (popularly known as the father of Indian Urology).He set up the Department of Urology at The Amrita Institute of Medical Sciences, Kochi, Kerala in 2000 and this department is currently one of the best in the country. He served as Professor and head of urology till he joined Sunrise hospital in November, 2009. He resigned from the Amrita Institute of Medical sciences in May 2014 and joined the Rajagiri Hospital, Kerala as Head of the Department of Urology and Renal Transplant in October 2014. He is a pioneer and well known exponent of advanced urological laparoscopy, Endourology, Paediatric and reconstructive urology. He is credited with largest series of laparoscopic adrenalectomies in India, one of the largest series of laparoscopic live related kidney retrieval for transplant and laparoscopic radical prostatectomy. He is credited with performing the first laparoscopic right sided kidney retrieval in India and laparoscopic partial nephrectomy for tumours. He is one of the few surgeons in the UAE performing Laparoscopic Radical Prostatectomy and Laparoscopic Partial Nephrectomy. His other areas of interest and expertise include urethral reconstruction in hypospadias and after trauma, upper tract Endourology (PCNL, RIRS), Uro-oncology and Paediatric Urology. 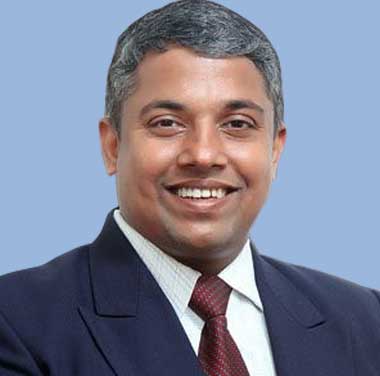 Dr Balagopal Nair Tiyadath completed his MBBS and MS in general surgery from Ravindranath Tagore Medical college, Udaipur, Rajasthan in 2002. He complete his super speciality training in DNB Genitourinary surgery (Urology) from Amrita Institute of Medical Sciences Kochi in 2008 under renowned urologist Dr H Sanjay Bhat. Following which he joined at AIMS, Kochi as a faculty in the same year. He continued there till April 2016 as a Professor in Urology and then moved to Rajagiri Hospitals Dr Balagopal has 14 years of experience in Urology and 11 years of teaching experience. He has accumulated experience in Pediatric and reconstructive urology, laparoscopic urology and Renal transplantation (including laparoscopic donor nephrectomy). Dr Balagopal is passionate about pediatric and reconstructive urology and adrenal surgery (on which he has published). Dr Balagopal was awarded the prestigious AUA /IAUA fellowship for the year 2015 as a part of which he spent a period of 2 months at the World renowned Pediatric urology centre at Cinicinnati Childrens Hospital, Ohio. He has also won numerous state, zonal and national awards in urology conferences. Dr Balagopal is an avid teacher and mentored training to many postgraduates. He has instrumental in the conduct of USI mock exam for postgraduates in the year 2013 and also CUE for post graduates while at AIMS. He has to his credit publications in index journal and is also a reviewer for international journals. Areas of Interest includes Pediatric urology, reconstructive urology, Laparoscopy, renal transplantation, adrenal surgery. 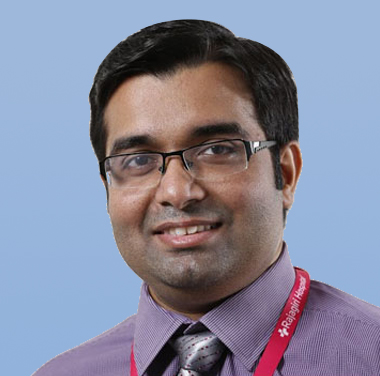 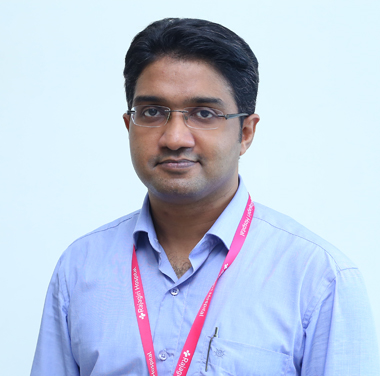 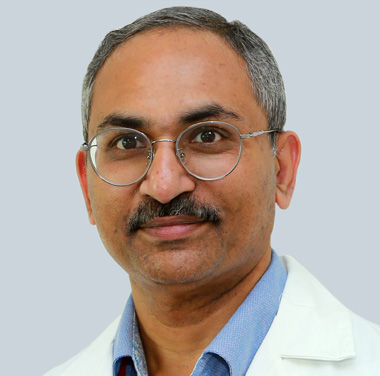 Dr. Reju Joseph Thomas is a highly experienced pediatric surgeon. He is also an expert in laparoscopic surgeries. He was the former Professor of Pediatric Surgery at Christian Medical College & Hospital, Vellore. His 24 years of experience includes Childrens Hospitals in UK & Australia. His areas of expertise are Keyhole Surgery and Pediatric Urology in addition to General Pediatric Surgery. 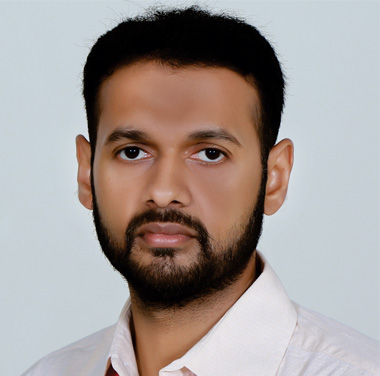 Dr. W. Ahamed Kabeer is working as a paediatric surgeon in the urology department at Rajagiri Hospital,Aluva.