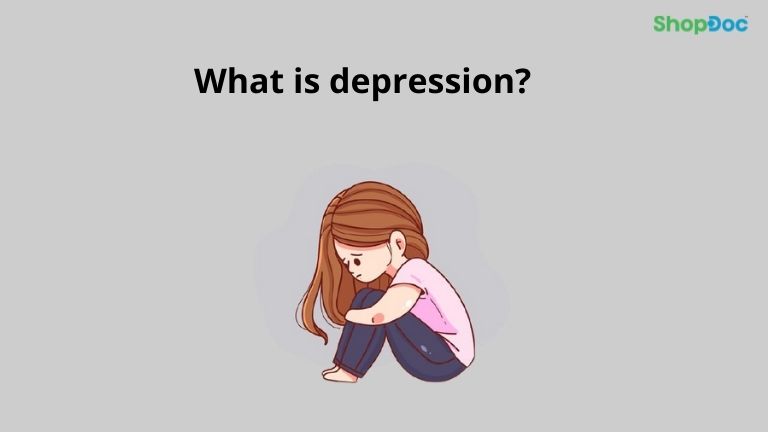 Depression is a disorder that is common among all age groups but seen much more aggressive in teens.

Depression is a mood disorder that involves persistent feelings of sadness, hopelessness, and loss of interest in activities that were previously enjoyed. It is also known as major depressive disorder and it affects the way you feel and the way you live.

Depression may not be an issue that one can treat all by themselves. As a result, we should be able to understand and help the ones affected and we should keep in mind the symptoms

For some people, these symptoms are noticeable in day-to-day behavior but for some, it just stays with them and requires more help.

Since most people are suffering from depression at times, it’s a normal reaction to life’s losses and challenges. But when continuous sadness keeps on in life, it makes you leave life and does not let you live your life.  So we could fall into clinical depression, a treatable disorder. Yes, depression is normal and it is normal to seek treatment. But depression is not a disorder among common people causing the disorder to far fetch over a greater scale.

People need to understand the requirement to treat depression as a disorder, a common medical condition.

Why do many teens feel depressed?

Teenage is a stage of life in which we process lots and lots of mental stress as it is a stage of life where we are expected to behave like adults and be treated like kids. Hence there are many reasons for teens to get depressed some of them are:

Depression hits differently on different people. Therefore the diagnosis and treatment of the specific type of depression are essential to make a cure out of it.

Some of the types of depression are:

It is characterized by persistently depressed mood or loss of interest in activities, hence causing significant impairment in life.

Possible causes include a combination of biological, physical, and social sources of distress. But research shows that these factors may cause changes in brain function, including altered activities of central neural circuits in the brain

The mainstay treatment is usually medication, talk therapy, or the combination of two

It is the depression that occurs after childbirth. People who develop the postpartum disorder are more likely to fall into major depressions in later stages of life. The symptoms include insomnia, loss of appetite, and difficulty in bonding with the baby.

A mood disorder characterized by depression occurs at the same time every year. It occurs in climates where sunlight is less in certain parts of the year.

The exact cause of the disorder is unknown but the environmental, genetic, and altered brain structures may play a role

PMDD causes severe mood swings which can disrupt work and damage relationships. But drugs and changes in lifestyles can help.

It is a subtype of a major depressive illness that includes some type of psychosis. The psychosis may be hallucinations, delusions, or some other reality-breaking facts.

Medication and therapy are the most common treatment ways.

A mild but long-term form of depression.

Treatment is medication and talks therapy

Atypical depression is a subtype of major depression that involves several specific symptoms including excessive sleep, fatigue, or weakness.

It is the result of impaired functions of brain circuits that control mood.

It requires specialist or professional treatment and is treated by medications and talk therapy.

Suicides are one of the highest causes of death around the world.

But suicides can be preventable and it starts when we understand what to look for and what to take care of. Anybody thinking or talking of hurting themselves should be taken seriously. Also, the need to contact helplines is very important. Warning signs of suicide may include:

Therefore these signs should be taken very carefully and treated.

The diagnosis of depression or the subtype of depression is a must factor in the determination and treatment of the disorder. It is always hard to convey yourself to others and even doctors when you are depressed.

So talking with the patient is the most important diagnosing tool the doctor has in this disorder. Therefore to determine the disorder the doctor needs to know if the symptoms have occurred, they use some standard questions to screen the diagnosis.

Observed changes in the behavior of a person and the person’s loneliness and are the ones which we should take proper care of.

How do you treat depression?

Medications and psychotherapies are most efficient in most people. But if you have severe depression, you may require a hospital stay or you may need to participate in an outpatient treatment program until your symptoms improve.

Let’s take a better look at the medications;

This may be necessary when you can’t take proper care of yourself or when you are in immediate danger of hurting yourself or others. Hence these programs provide outpatient support and counseling needed to the patient.

As we mentioned above, depression is common. But we need to tackle it. There are times where none of our close ones can help. In such cases, it is very suitable to seek professional medical help.