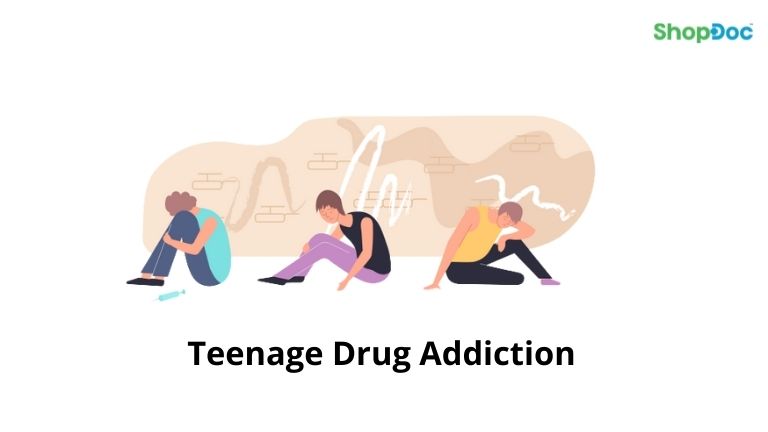 “Addiction is a disease and needs to be treated like we treat other diseases. Addiction is the most common word to most of us. Moreover, today’s trend is normalizing the use of drugs too. Is drug addiction a serious issue? Yes indeed. Drug use is increasing daily among our youth.

Some of the most common substances which are considered as drugs include:

Besides, many other harmful drugs are popular among the youth. When you are addicted you will continue using it without considering its harmful and dangerous effects. The risk of addiction and the time in which you can get addicted depends on the drug.

In most cases, drug addiction usually begins at school or college. People who start using drugs for fun at first can use them daily when they get addicted. So it is very important to know about its social, personal, and mental effects.

As time passes, people who start using drugs will need it in large amounts. Slowly they become so addicted that they need it to feel good. And for them, it will be very difficult to lose the habit of using drugs.

Attempts to lose this habit can cause many physical as well as mental problems. These problems are commonly referred to as withdrawal symptoms. Such people need medical care as well as family support to stay away from drugs.

Teenagers who start using drugs become addicted at the time when they are adults. So it is very important to understand the negative impacts of drugs. In this article, we are going to discuss all that you need to know about drug addiction among youth and its impact.

What are the symptoms of a drug-addicted person?

If you, your friends,are or anyone in your family are using drugs then, you can check the level of addiction and seek help by considering the following symptoms such as:

Symptoms due to usage of cannabis-containing drugs

Long term use of these drugs can also cause serious social, physical, and mental problems such as:

What is the cause of drug addiction among youth?

As we all know there is no specific reason for drug addiction among youth. It can be sometimes due to the life backgrounds in which they are living. Many studies also show that genetics and heredity can also affect drug use among youth.

In our country, many people get addicted to drugs due to the environments in which they live. Many people use drugs even from a very young age due to their lifestyle, religious, social, and family beliefs.

Many religious and cultural beliefs promote the use of drugs among children. These childhood experiences can leave their trace in them and there are chances that they continue the use of drugs.

Once you start using drugs, Your addiction and after-effects can be influenced by your family history or genetics. Sometimes your body’s reaction towards the drugs can delay or speed up according to your body’s genetic configuration.

Sometimes peer pressure can be a major factor that affects drug addiction, especially among youth. Drug usage for exploring or for fun can make them addicted to using it again and again.

What are the complications of drug usage?

Almost all drugs are dangerous in the short term or long-term use. Some of the main harmful effects of drug use include:

There is an infinite number of problems both socially, mentally, and physically for those using drugs. Those who use drugs not only cause harm to themselves, but it can also cause harm to those close to them too.

How can we prevent drug usage?

The only way to stop drug usage is to completely avoid it from your life. If you find it very difficult to avoid drugs from your life, you should immediately consult a health expert as soon as possible.

Sometimes people who have been using drugs for a very long time can also possess mental issues. A well-experienced psychologist, psychiatrist, or mental health initiative like U OK? can help those suffering from such problems. Always remember that “You are greater than your addiction”.