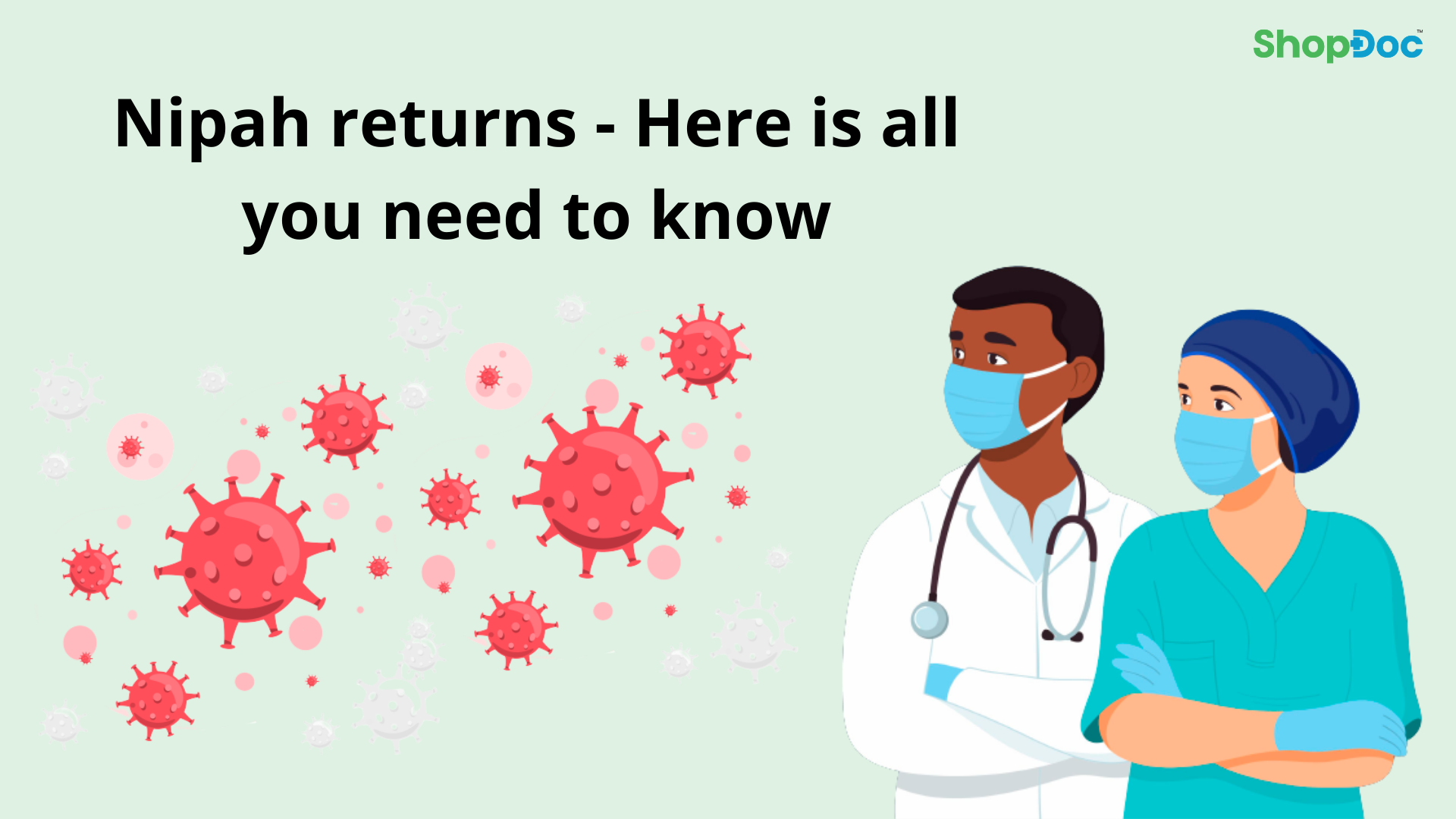 Nipah returns – Here is all you need to know

On 19th May 2018, the state of Kerala, without any prior experience in handling a disease with a high fatality rate witnessed the outbreak of the Nipah virus. The first outbreak of Nipah was reported in Malaysia and Singapore in 1998.

Nipah became widely known in India when its outbreak was reported in the Kozhikode district of Kerala. Out of the 18 confirmed cases, 17 resulted in death. In 2019 a single case was reported in Ernakulam district. The state was very successful in handling Nipah and was recognized internationally.

But now, when the Covid-19 is at its peak in Kerala, a 12-year boy was reported dead due to the Nipah virus. After two years it is a great responsibility as well as risk for all of us to fight and prevent the virus from further spread. To stop its further spread, it is necessary that we take the following precautions mentioned below.

Facts about the Nipah virus

What is the Nipah virus?

Nipah virus is a zoonotic virus, a virus that spreads from animals to humans. It is mainly caused due to contaminated food and by infected people. If affected it can cause several health issues including swelling of the brain and potentially death.

The virus can also spread on animals like pigs resulting in a severe loss for those who depend upon them as livestock. Until now Nipah virus is only reported in the Asian subcontinent.

What are the symptoms of Nipah virus?

Symptoms generally appear from 4 to 14 days after being infected. The main symptoms associated with Nipah are:

Besides, there can also be severe symptoms, which includes:

There are cases in which the deaths after the exposure to the virus have occurred after months or even years. People who survived had reported severe headaches from there to fifteen days after being exposed to the virus. According to WHO, about 40% to 75% of the cases can lead to death. But in the case of Kerala, the fatality rate in 2018 was 90%.

How is Nipah virus treated?

The Nipah viruses are nonspecific as their symptoms can be similar to usual illnesses. This can create a challenge in controlling its outbreak. Besides, the collection of samples and confirmation of the virus can be time-consuming.

Sadly there are no particular vaccines or medicines available for curing Nipah. The only thing recommended is to provide intensive medical supportive care for respiratory and neurological problems created by the virus.

How can we prevent the Nipah virus?

Cleanliness is the basic mantra to fight against every illness. Some easily adoptable methods to prevent the Nipah outbreak are:

There are many other factors including geological and climatic changes that promote the spread of the virus. If an outbreak is suspected all animal premises, mainly pig farms must be shut down and the animals must be inspected carefully.

For safety, any animal which shows symptoms must be culled and incinerated properly to prevent further spread.

How can we use Covid-19 lessons against Nipah outbreak?

The situation of the present Nipah is very different from that of 2018. Currently, we have to deal with two pandemic cases efficiently to save lives. But the ongoing war against the Covid-19 pandemic and previous experience from the Nipah outbreak can help us this time in preventing its spread.

In 2018, the Nipah virus outbreak in Kerala was confirmed only after witnessing a few deaths. But this time our health department detected the outbreak in its beginning itself even though we are not aware of the sources.

The terms ‘PPE kit’, ‘Quarantine’, ‘Isolation’, ‘Containment’ have become familiar to all of us. The habit of using masks and sanitizers due to Covid-19 can bring a lot of help in preventing the further spread of the Nipah virus too as it mainly spreads through contact and body fluids.

The prevailing government rules and restrictions against Covid-19 can bring a lot of advantages too as people are used to it. The habit of following safety measures should be followed strictly.

Supporting health care workers and others related to the healthcare sector is a must. If any of you or your family members have any symptoms, you should immediately seek medical attention. It is a serious case of your safety and others too.

The outbreak of Covid-19 had taught us many things including the importance of nature and conserving it. It is our due responsibility to make use of all the knowledge and experience to fight against this pandemic too. Not even a single doubt or symptom must be taken carelessly.

Consulting a virologist at the right time, proper quarantining of those who had contact with the infected person, and strictly following all the health protocols can stop the spread of Nipah.