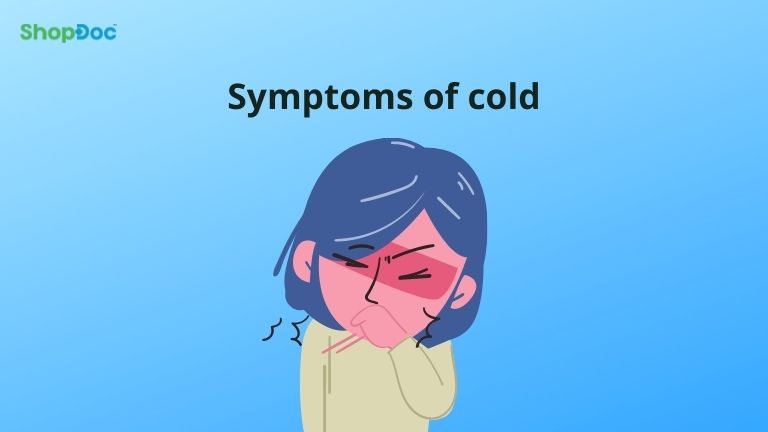 Common cold is a very common health condition and you may have experienced it many times at many stages of your life. Coughing and sneezing are typically the first indicators of a cold, followed by a sore throat and runny nose.

Studies show that children and infants have colds more often while adults suffer colds two to three times a year on average. Even though the common cold is a viral infection, most people recover in 7-10 days.

What are the symptoms of common cold?

An itching or scratchy sensation in the back of the throat is usually one of the beginning symptoms of a common cold. This inflammation can appear like a red-colored sore in the throat while examining.

Sneezing is another inflammatory symptom like sore throat and is a common early sign of a cold. You sneeze when the mucus membrane in your nose or throat gets irritated.

Rhinorrhea or runny nose is a process of continuous nasal discharge of mucus due to the infection.

Congestion occurs when your nose becomes clogged and inflamed. The most prevalent causes of nasal congestion are minor illnesses such as the common cold.

The cold virus causes the nasal membrane to expand and increases mucus production. This clogs your sinuses, causing sinus pain and pressure.

How long does a cold last?

Colds typically last 3 to 7 days, although they can persist for up to 2 weeks. If you’ve been sick for longer than that, one of these reasons could be the cause.

How do I know if I have a cold or covid?

COVID-19 and colds are both caused by viruses, SARS-CoV-2, and rhinovirus. Basically, these two viruses spread in the same ways and show almost the same symptoms, however

There are few symptoms to differentiate it. 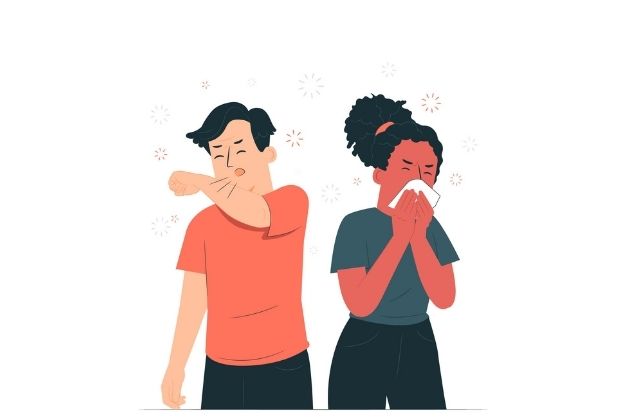 While covid-19 shows diarrhea and vomiting sometimes a common cold never shows it as a symptom. Covid-19 is very often accompanied by a fever but most of the time cold doesn’t have it.

Symptoms of the common cold usually show up within one to three days after being infected by the rhinovirus. These symptoms last for a week and go away.

If the health condition doesn’t get better over time and your overall well-being is affected. It is highly recommended that you consult a doctor and get medicines prescribed.