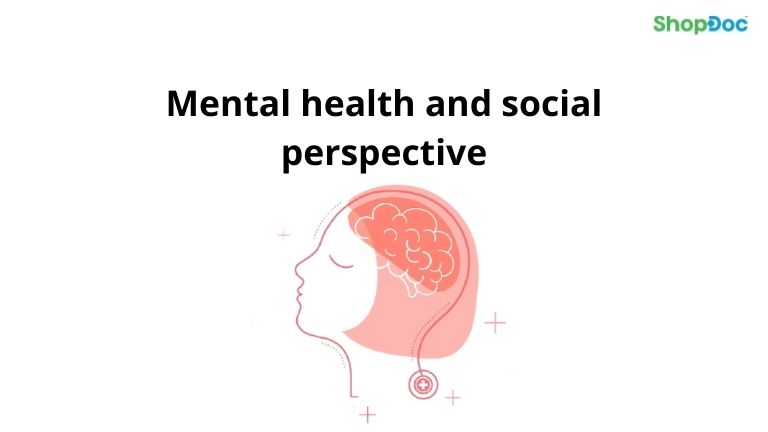 Mental health is as important as any other illness.”

It is not uncommon to spot people that do not give much-needed attention to mental health and its subsequent consequences. Be it the person experiencing such mental trauma, or the ones surrounding such a person. Treating mental health is not a luxury. It is not serious concern or issue since it is not visible or biological. But, mental illness should be like any other illness.

Very often; people suffering from mental trauma do not recognize it until they reach a certain point where they can no longer control their thoughts and actions. It often feels like they’ve almost lost control over themselves.

How does society play a major role in an individual’s mental space?

We are social beings. No matter how much we claim that we live in our own bubble; we are in a society with its unwritten notions and perceptions. Behind every decision we take, there is at least a minor upper hand of society and its concerns. Mental healthcare, unlike other illnesses, is viewed upon as a completely non-agreeable trend in a group or a circle. Not having proper knowledge regarding mental health leads to the same consequences as in any other illness. Basic knowledge regarding one’s self is essential for any developing and growing society.

It is quite typical to follow the majority than to join a minority, it is basic human instinct. Under such circumstances; if a person suffering from any mental trauma is surrounded by people who have very poor knowledge regarding this matter. And are disproving and unapproachable during such hardships; it can directly affect the person. Also, he/she might also try to hide the fact that they are “sick” from the outside world. This will adversely affect the person and eventually the people surrounding them too. To avoid such acts of immeasurable consequences; it is better to constantly lend a helping hand to those in need. It is also important to stay with them at times of support.

Concerns regarding one’s social status also play a pivotal role in the recognition of one’s illness. People often consider those who are having mental issues as weak. This in turn can result in taking advantage of them. Fearing this, many of them who suffer from mental trauma tend to bury it within themselves. As a matter of fact, people availing of therapy or any other kind of medication for mental health issues are still frowned upon by people.

As a responsible citizen, every individual must break such illogical and baseless shackles. Bring out the true self to the limelight. Mental illness is not something to be ashamed of, rather, it is just like any other disease. Only after proper treatment, will this disease get past you and make your life easier.

Earlier in this era, mental health was directly linked to psychotic behavior and something to be chained and kept in a cell. But, there has been a very slow, gradual but assured change in the way people started to conceive the idea of seeking professional help for mental illnesses. Nowadays, people are more welcoming and ready to offer help to those in need, which is absolutely a very progressive change one can notice in a society.

There has always been a social stigma revolving around the normalization of mental health and seeking professional help. It is high time that we raise awareness within our social circle regarding this matter.

In 2014, a postal questionnaire was sent out to a random sample of 500 adults aged between 18 to 70 years in Vilhelmina, a community in Northern Sweden. The aim of this study was to examine potential changes concerning attitudes of people regarding mental health issues between 1976 and 2014.

However, the results were not satisfactory. The study shows that the attitudes towards people with mental illness have not generally become more positive over the years. In 2014 almost 1/4th of the population still think that “people with mental disease commit violent acts unlike others”. Even more people in 2014 than in 1976 agree with the statement that “mental illness harms the reputation more than a physical disease”. However, people with low educational levels have more negative views than the contrary. Henceforth there is no debate on the topic that it is high time that people change their perception toward mental health issues and consider it a legitimate disease that requires care, treatment, and attention.

It is a common misconception that mental illnesses and health disorders are very rare. But at least one person we know is suffering from any kind of stress or mental issues directly or indirectly. Numerous eminent personalities in history have come across and eventually, successfully tackled mental health issues. A few of them are:

The revered sixteenth President of the United States suffered from severe and incapacitating depressions that occasionally led to thoughts of suicide, as documented in numerous biographies by Carl Sandburg.

“Had he been a stable and equable man, he could never have inspired the state. In 1940, when all the chances were against Britain, a pacesetter of sober judgment might well have concluded that we were finished,” wrote Anthony Storr about Churchill’s manic depression in Churchill’s Black Dog, Kafka’s Mice, and Other Phenomena of the Human Mind.

In conclusion, it’s high time the so-called society accepts mental illness as a really serious and legitimate issue and if not a helping hand, stop the judgments and criticism. Consult a mental health expert if you are suffering from any mental health issues and to know more.

“Positive vibes only aren’t a thing. Humans have a good range of emotions and that is okay.”