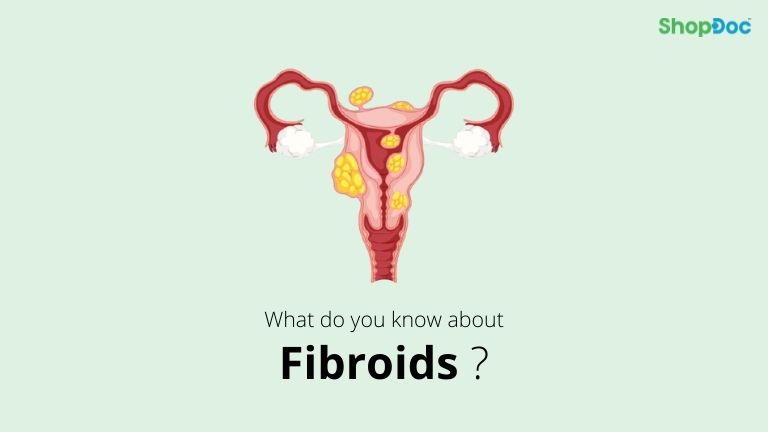 Fibroids are unusual growths that grow on a women’s uterus. And in some instances, they can cause serious abdominal pain and severe flow at periods. But mostly they cause very less or no symptoms at all.

Fibroids or leiomyomas can vary from pea-shaped to large structures which deform the uterus. But usually, fibroids don’t cause cancer.

Many women have fibroids by the age of 50. But they are overlooked as they do not show any symptoms. Your health expert detects fibroids at the time of a prenatal ultrasound or a pelvic exam.

What are the different types of fibroid?

Classification of fibroids is mainly done according to the region of formation in the uterus. Depending upon this fibroids are mainly classified into four:

Intramural fibroids can be classified again into:

Subserosal fibroids or pedunculated fibroids are a type of fibroids that grows outside the uterus. But as time passes they can grow bigger and can cause severe pain and induce pressure on neighboring organs.

Pedunculated fibroids are those types of fibroids that are attached to the uterus by a stem-like structure called a peduncle. Like all other fibroids, they are also harmless and non-cancerous uterus growths.

How do I check myself for fibroids?

Many women do not have any symptoms or signs associated with fibroids. But in some women fibroids can be serious as they can induce several symptoms and issues.

Symptoms associated with a fibroid depend upon many factors such as the location where they develop, size, and the number of fibroids associated. You can check the presence of fibroids by knowing the signs and symptoms such as:

When should you see a doctor about fibroids?

What is the main cause of fibroids?

To date no there is no exact reason for fibroids. But according to health experts, many factors may influence the formation of fibroids. Some of them are:

Researches show that fibroids contain very different genes from those found in normal muscle cells of the uterus.

Estrogen and progesterone, the two main hormones that promote healthy sex characteristics and ensure fertility in women can also be responsible for the growth of uterine fibroids.

Extra Cellular Matrix promotes cells to stick together. Fibroid cells have an increased amount of ECM and it promotes growth characteristics.

Pregnancy can stimulate the rate of fibroid growth. During pregnancy, estrogen and progesterone production of a women’s body increases, and thus these hormones promote the growth of fibroids.

Who are at risk of uterine fibroids?

Fibroids are mostly seen in women who are:

What is the best treatment for fibroids?

Your doctor may adopt the following methods to treat your fibroids

Your doctor will prescribe medicines that control hormonal production. Some of the main medicines used are:

You will need surgery if you have a large number of fibroids in your uterus. Myomectomy is the surgical method used to remove uterine fibroids. Laparoscopic surgery is also used in some cases.

What happens if fibroids go untreated?

When left untreated, fibroids can cause huge health risks. So as time passes, fibroids grow both in number and also in size. This can cause pelvic pain as well as heavy bleeding during the menstrual cycle.

If you have any symptoms associated with fibroids you should not leave them carelessly. Because sometimes treatments at the early stage can prevent further complications. Visit a gynecologist if you have any queries or you are doubtful about any symptoms you are facing.