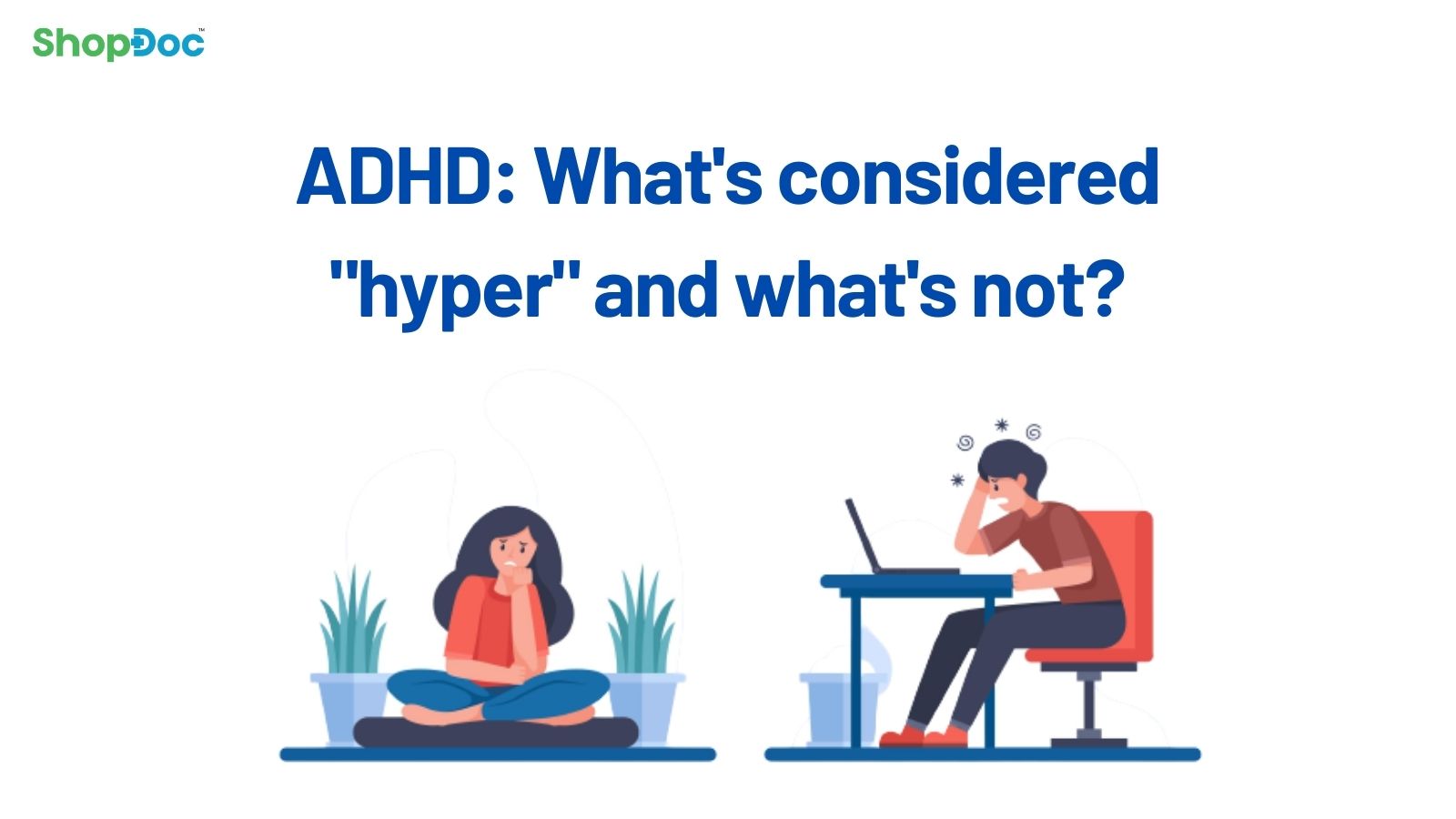 Imagine someone reading a blog. They start from the beginning. They reach halfway through a paragraph. But they start zoning out for some reason. Also, that person may be tapping on the table, moving on their chair, or starting to daydream.

Now, the first case is when the person “loses attention”. The second shows that the person is “restless”. Maybe we say that “they’ve become hyper”. When both of them are combined, the medical world calls it Attention Deficit Hyperactivity Disorder (ADHD).

Specifically, ADHD is a neurodevelopmental disorder that causes inattention, hyperactivity, or impulsiveness to the individual. ADHD is a chronic condition that exists throughout an individual’s life.

Even though ADHD is a chronic condition, it does not prevent an individual from leading a happy and decent life.

ADHD is usually diagnosed at childhood stages itself. Around 2% of children around the world have this disorder. The same percentage of adults around the world also have it, as per some studies done.

Even though millions of people are affected by it, scientists are still not sure how it is caused. In fact, doctors may not be able to diagnose with a single type of test for every single person!

Why exactly does this happen? What makes ADHD go under the radar so easily? To try to understand this, let’s get to know about its symptoms:

What are the 9 symptoms of ADHD?

Some of the reported symptoms include:

Firstly, the symptoms have a very broad meaning. Every human being has done one of these in some part of their lives. This makes it hard for doctors to know whether the symptom is due to the disorder or not. Also, it can be difficult for scientists to point out what exactly in our body might cause it.

Secondly, some of the symptoms show the hyperactivity of an individual. But some others show a lack of attention from the individual. Now, this is used as a reason to put ADHD into various types.

What are the types of ADHD?

ADHD is classified into three types:

Who is more likely to have ADHD?

As mentioned earlier, the symptoms of ADHD can be seen at a very early age itself. Children are usually very energetic beings. Not staying still, hyperactivity, and lack of attention are some aspects that almost all children have at some point.

However, if the child does not grow out of this phase, these might be seen as signs of ADHD. Doctors have to look into the patient for some time before diagnosing someone with the disorder.

Experts note that boys are three times as likely as girls to receive ADHD treatment. However, studies show that a similar ratio of boys and girls are affected by it.

It is estimated that 50-60% of ADHD patients show symptoms well into adulthood. This suggests that it might have something to do with the genetics of an individual.

Let’s now analyze what other factors might have a role in it:

What are the causes of ADHD?

The biggest reason is usually genetics. But, other possible factors are also worth analyzing:

What struggles do people with ADHD go through?

The symptoms of it are not that big of a concern if we take them one by one. But when they happen daily, it will cause discomfort and frustration to the affected person.

For example, someone with predominantly inattentive type forgets to complete crucial tasks. This can demotivate them from taking up new tasks at later stages.

Reading a book, skimming through a blog with long paragraphs are some tasks that the person might not be able to properly enjoy because of this type.

Hyperactivity can lead an individual to make too risky decisions. This will make them land in trouble easily. Pacing around in their room, being overly talkative are other frustrating aspects of having ADHD.

For children, it can make their academics and school life a tough challenge. This can cause bad grades and too few friendships made in school.

It’s always the little things that count. These symptoms set unnecessary delays. They also waste energy and require medications. Because of this, ADHD becomes a financial and emotional burden for the individual.

Keeping relationships steady is also a struggle. Even though it might be their own peers, parents, or partner, being impulsive and inattentive can have some negative effects.

Interrupting someone while talking can be seen as something very childish and offensive. This makes it difficult for the person to meet new people.

What is the most effective treatment for ADHD?

As of now, there is no medicine to eliminate ADHD completely. But, to alleviate its impact, treatments. They are either medicinal or therapy-related.

Medicines used for ADHD stimulate the CNS. Because of their side effects, children have usually prescribed the non-stimulant ones.

Some stimulants include Ritalin and Adderall. Additionally, Strattera and Wellbutrin are some of the non-stimulant medications.

Behavior and psychotherapy are also done for children. These therapy sessions provide children with much-needed special attention. This will help them to be on level terms with their friends at school.

Yoga and meditation can help with their treatment. It is also important to live and maintain a healthy and balanced lifestyle.

These are what experts want everyone, not just those with ADHD, to follow as much as possible:

Beyond ADHD: What comorbidities cause it?

Many studies have noted that persons suffering from ADHD might also suffer from other disorders. It could be the other way round.

Either way, these disorders worsen the symptoms of ADHD. Common disorders linked with it include:

ADHD is an obstacle, rather than a disability. Individuals affected by it can still find ways to live happy and successful lives.

However, it may not always be a bad thing! Some studies show that people with ADHD can show more creative ideas. The person is also more energetic and also hyper-focused while doing some tasks. Further, one study shows that about 35% of the people having this disorder actually do not want to be rid of it!

That’s not to forget how people with ADHD might be called “mental”, “insane” or such degrading terms. Well, at least people who are in their personal circle can be accustomed to their behavior.

Certainly, we must make the effort to not only avoid such thinking but also raise awareness of the disorder. Every bit counts!