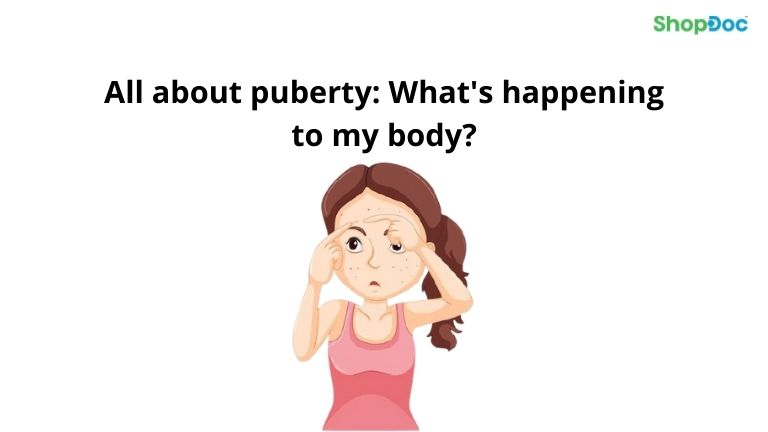 When does puberty begin in both girls and boys?

Young girls have started puberty at an earlier age than ever before. This shift could be caused by dietary and other environmental factors. In 1900, for example, the average age at which girls began to have menstrual periods was 15. This average has reduced to 12 and a half years of age by the 1990s.

What are the physical stages of puberty in girls?

There are five stages in puberty for girls. You may support your daughter in handling this period by knowing about the changes and having early conversations with her about them. The stages are as follows:

What are the physical stages of puberty in boys?

Most of the time boys don’t get enough attention during their puberty period. And always confused about what is happening to my body. Educate them about puberty. The stages of puberty in boys are as follows:

Why is acne so common in puberty?

Acne or pimples may also accompany puberty, as a result of all the hormonal actions in the body. You might get pimples on your face, upper back, or upper chest. When puberty begins, your skin becomes oilier (as sebum secretion increases), the small pores in your face will get clogged and pimples may appear, and you may continue to have them throughout your teenage years.

How to get rid of pimples?

Wash your face twice a day with lukewarm water and a light cleanser to control pimples. Never squeeze, pick, or pop your pimples, and try not to touch them too often. Acne is quite normal and if you have any other irritations then you may consider visiting a dermatologist and following their instructions.

Body odor: What should you do about it?

Sweat is produced by sweat glands that have always been present in your body. However, puberty causes these glands to become not just more active, but also to produce new substances into the sweat, giving it a stronger odor. This odor may be detected in your armpits and under your arms. It’s possible that your body, especially your genitals, has developed new smells.

So, how can you make yourself feel less stinky? Bathing or showering every day with mild soap and warm water is the greatest approach to staying clean. This will aid in the removal of any bacteria that contributes to the odors. Cleaning your clothes, socks, and underwear daily can also help you feel clean.

Deodorant is another option for reducing body odor. You can reduce sweating by using a deodorant that also contains antiperspirant. Not all teenagers require deodorants or antiperspirants. However, if you don’t think you stink, showering daily and wearing clean clothes is all you have to do.

Body hair: taking care of your body during puberty

You may want to start shaving some areas of your body where hair grows, but it is entirely up to you. Some men choose to let their facial hair grow into a mustache and beard. Some girls choose to keep the hair on their legs and underarms natural. It’s all up to you and what makes you feel comfortable.

Personal hygiene can be defined as the practice of keeping one’s external body clean and groomed. It is taking care of oneself and your body to stay healthy. Personal hygiene is vital for a variety of reasons: personal, social, psychological, and emotional. It aids in the prevention of infections, disease, illness, and body odor.

If you’re a girl concerned about hairs on your upper lip, take a step back from the mirror and you’ll probably notice that the hair that everyone sees isn’t as horrible as you believe. But if you prefer to have it removed, you can do that as well.

For both children and parents, puberty can be a difficult time. Hormones not only cause physical changes, but they also cause emotional changes.

It’s critical to respond patiently and with understanding. Your teenager might be self-conscious about their changing physique, which includes acne.

Discuss the changes with your child and reassure him or her that they are a natural part of growing up. Talk to your doctor if something is very concerning.